You are here: Home » About Us » Bolch Prize for the Rule of Law

Bolch Prize for the Rule of Law

The Carl and Susan Bolch Prize for the Rule of Law is awarded annually to an individual or organization who has demonstrated extraordinary dedication to the rule of law and advancing rule of law principles around the world. 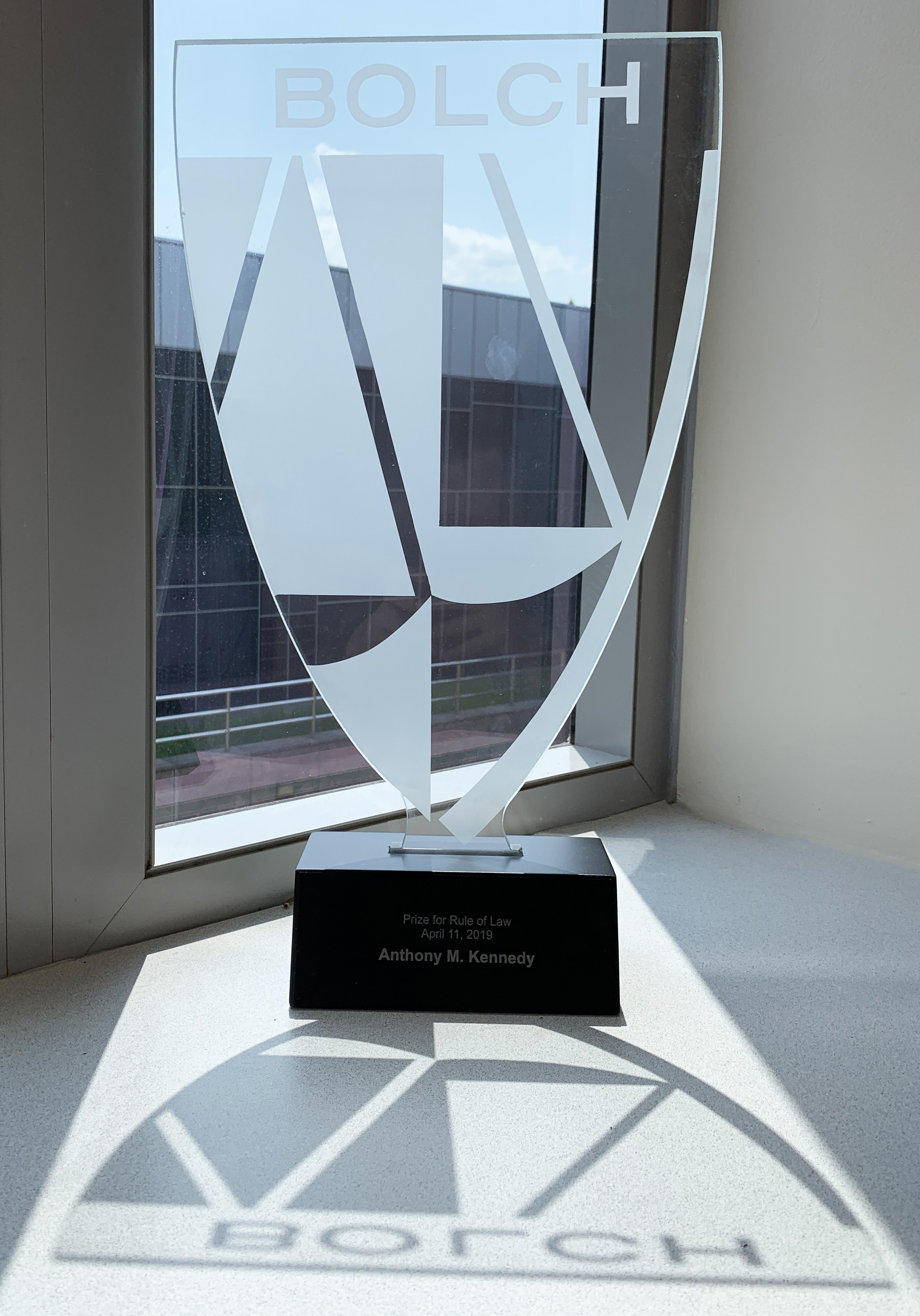 By honoring those who do this work, the Bolch Prize draws attention to the ideals of justice and judicial independence and to the constitutional structures and safeguards that undergird a free society.

The Prize is awarded in accordance with the Bolch Judicial Institute’s founding documents, which specify that:

The Carl and Susan Bolch Prize for the Rule of Law shall be given by the Bolch Judicial Institute to recognize the lifetime achievement of an individual or a single or series of acts of an individual or an organization creating, promoting, or preserving the importance of the rule of law nationally or internationally.

The recipient is selected by the Bolch Judicial Institute’s Advisory Board and honored during a ceremony at Duke University. The Prize includes a custom artwork and a significant cash award. The first prize was awarded on April 11, 2019, to Supreme Court Justice Anthony M. Kennedy (retired) at a ceremony held on Duke University’s campus.