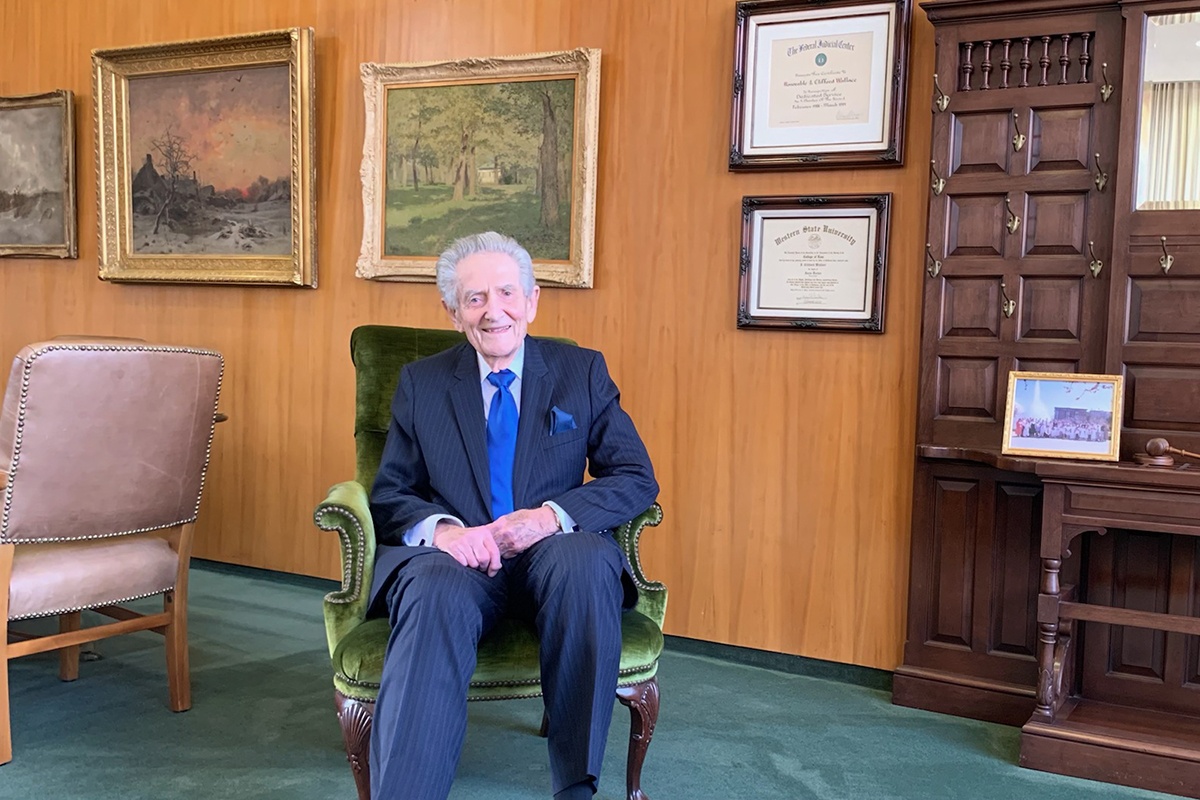 Chief Judge Emeritus J. Clifford Wallace of the U.S. Court of Appeals for the Ninth Circuit will receive the 2022 Bolch Prize for the Rule of Law during a ceremony in San Diego, Calif., on March 18, 2022.

Speakers will include Judge Margaret McKeown of the U.S. Court of Appeals for the Ninth Circuit; D. Todd Christofferson, a member of the Quorum of the Twelve Apostles, Church of Jesus Christ of Latter-day Saints and a 1972 Duke Law graduate; Judge David Campbell of the United States District Court for the District of Arizona and a former clerk to Judge Wallace; and Ambassador Manuel Sager, Former Director-General, Swiss Agency for Development and Cooperation and a member of the Bolch Judicial Institute advisory board.

In addition, Susan Bolch, who together with her husband, Carl Bolch Jr., founded the Bolch Judicial Institute at Duke Law School and established the prize, will speak. David F. Levi, director of the Bolch Judicial Institute and the former dean of Duke Law School, will present the prize. Judge Wallace will also offer remarks. The program will conclude with a presentation by members of the J. Clifford Wallace Inn of Court of San Diego; Judge Wallace founded the American Inns of Court in the early 1980s at the behest of then-Chief Justice Warren Burger.

For details on the ceremony, please contact Melinda Vaughn. A broadcast of the program will be available on Duke University’s YouTube channel beginning on March 25. To receive a link, sign up here.

Through more than 50 years of service to the federal courts, Judge Wallace has led multiple efforts to improve the administration of justice in his circuit and in the federal courts, served his community and church through a wide variety of leadership roles, and advised judiciaries around the world on the development of the rule of law and the administration of justice. Judge Wallace has traveled to more than 70 countries, often at his own expense, to work with judges and governments to strengthen judicial processes, improve court structures, and develop innovative solutions to logistical and legal challenges. Read more about Judge Wallace here.

The first prize was awarded in April 2019 to retired Justice Anthony M. Kennedy of the U.S. Supreme Court at a ceremony held on Duke University’s campus. The 2020 and 2021 prizes were awarded to former Deputy Chief Justice Dikgang Moseneke of the South Africa Constitutional Court and retired Chief Justice Margaret Marshall of the Supreme Judicial Court of Massachusetts, respectively, during a virtual ceremony in June 2021.