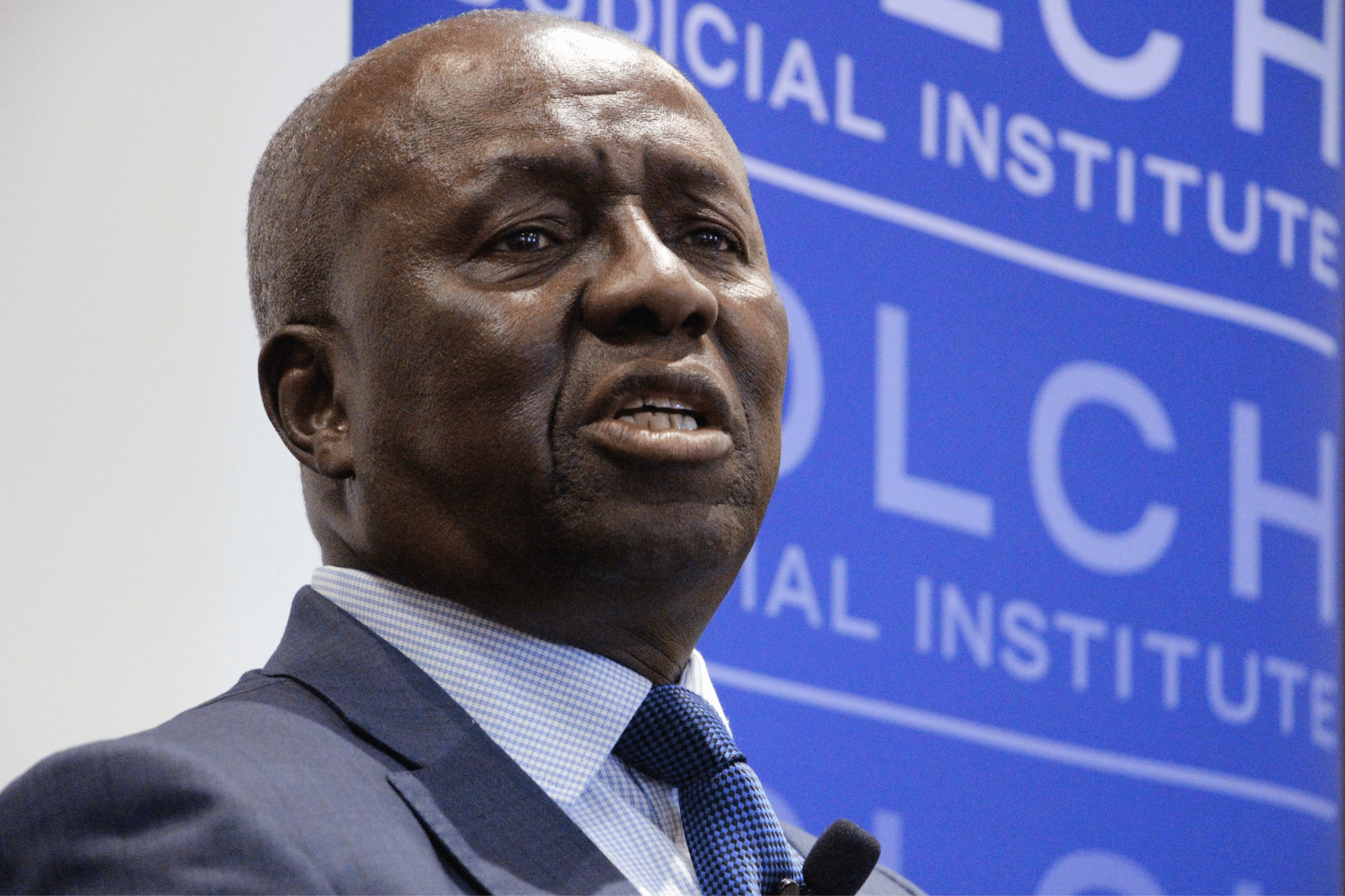 Dikgang Moseneke, an internationally revered jurist who helped build and lead a democratic South Africa as it emerged from apartheid, was the 2020 recipient of the Bolch Prize for the Rule of Law. A lifelong advocate for justice, human rights, and the rule of law, Justice Moseneke helped draft South Africa’s Interim Constitution, laying the groundwork for a post-apartheid society rooted in the just and equal application of law. During 15 years as a justice and then as deputy chief justice of the South Africa Constitutional Court, Justice Moseneke wrote numerous influential opinions that helped clarify and strengthen democratic principles and the separation of powers among the branches of government in South Africa.

“Justice Moseneke is a globally respected judge and thinker who, with great devotion to the rule of law and a deep understanding of the principles that animate a democratic society, helped bring a broken nation into a new century of promise, equality, and justice,” said David F. Levi, director of the Bolch Judicial Institute. “Through his example and his writing, he has helped us understand that the ideal of the rule of law must be more than a system of rules and adherence to them — a threshold that apartheid met. Instead, Justice Moseneke has articulated an understanding of the rule of law as a legal system that defends individual rights and freedoms, that pursues social justice, and that in content and spirit advances democratic principles and human dignity. That vision transformed South Africa and offers a beacon to nations around the world where the rule of law has not taken hold or has not yet lived up to its ideal.”

Justice Moseneke has written and spoken extensively on the rule of law and its importance, offering a perspective shaped by his experiences as a political prisoner during apartheid, which used the cover of law to exact damage and embed injustice.

David F. Levi, director of the Bolch Judicial Institute, joined Hon. Dikgang Moseneke for a discussion of Moseneke’s recent memoir “My Own Liberator.” The program was recorded and is available on YouTube.

Justice Moseneke’s legacy as a leader in the law includes jurisprudence on affirmative action, rule of law, separation of powers, socio-economic rights, property, economic justice, and anti-corruption law. He earned the 2018 “Order of Luthuli in Gold,” South Africa’s highest honor, in recognition of his “exceptional contribution to the field of law and the administration of justice.” He holds multiple honorary degrees, has held numerous positions of leadership in business, higher education, government, and law, and is a widely published scholar. He served as a Rubenstein Fellow at Duke University during the spring 2020 semester, where he worked on his second memoir All Rise: A Judicial Memoir.