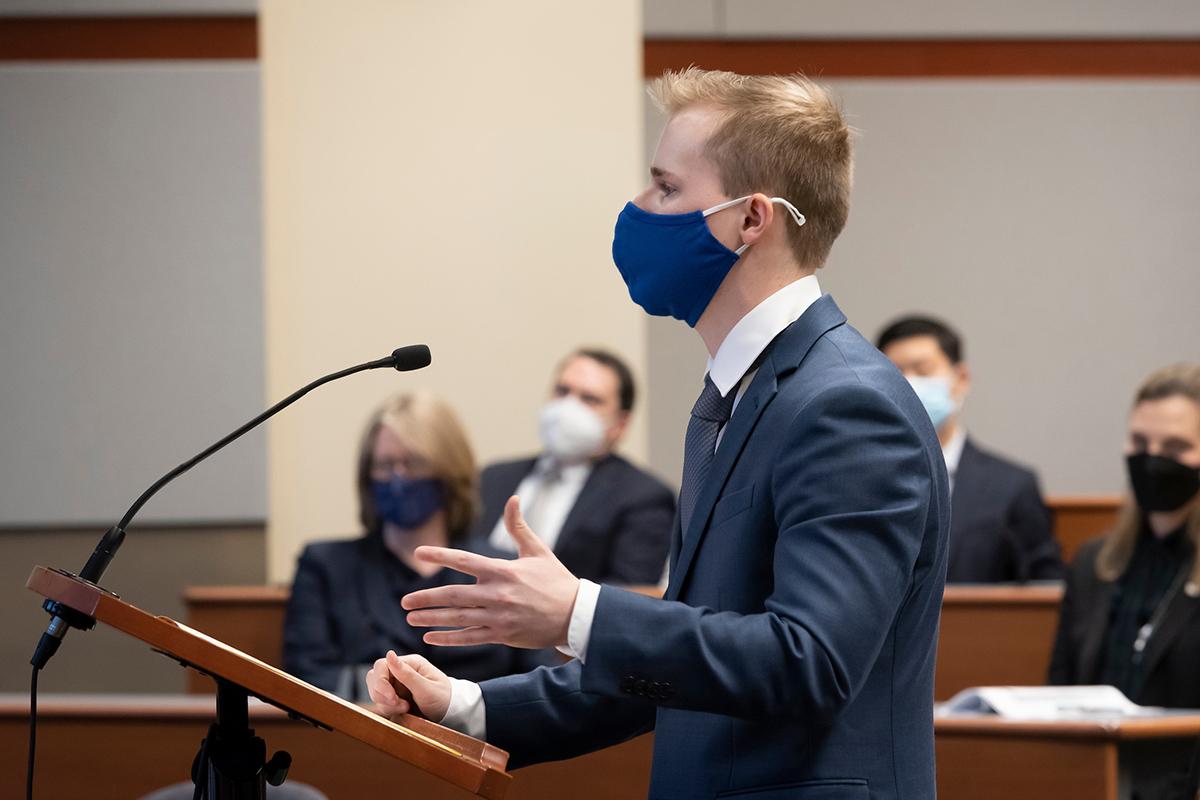 Eric Tucker, a 3L at Duke Law and a student fellow at the Bolch Judicial Institute, was the winner in the final round of the 2022 Dean’s Cup moot court competition held on February 22, 2022.

Tucker and finalist Jenny N. Wheeler argued a fictional Supreme Court case to a panel consisting of Justice Goodwin Liu of the California Supreme Court, Justice Anita Earls of the North Carolina Supreme Court, and Judge Allison Jones Rushing (Duke Law J.D. ’07) of the U.S. Court of Appeals for the Fourth Circuit. The case involved a fictional challenge to the U.S. Department of Homeland Security’s 2019 expansion of the definition of “public charge” under the Immigration and Nationality Act.

“Most appellate advocates have to wait years—if not decades—to argue in front of such a highly-regarded panel of judges,” Tucker said. “To have the opportunity to write a brief and present an argument before these judges as a law student is an incredibly invaluable experience.”

The Dean’s Cup, initiated in 1963 by Deans E.R. Latty and J.D. Johnston, is Duke’s premier oral advocacy competition. Held annually for second- and third-year students and organized by the Moot Court Board, the Dean’s Cup seeks to highlight the school’s best appellate advocates. The competition centers around a case taught in the Appellate Practice class offered every fall.