“We are focused on how judicial systems actually work” 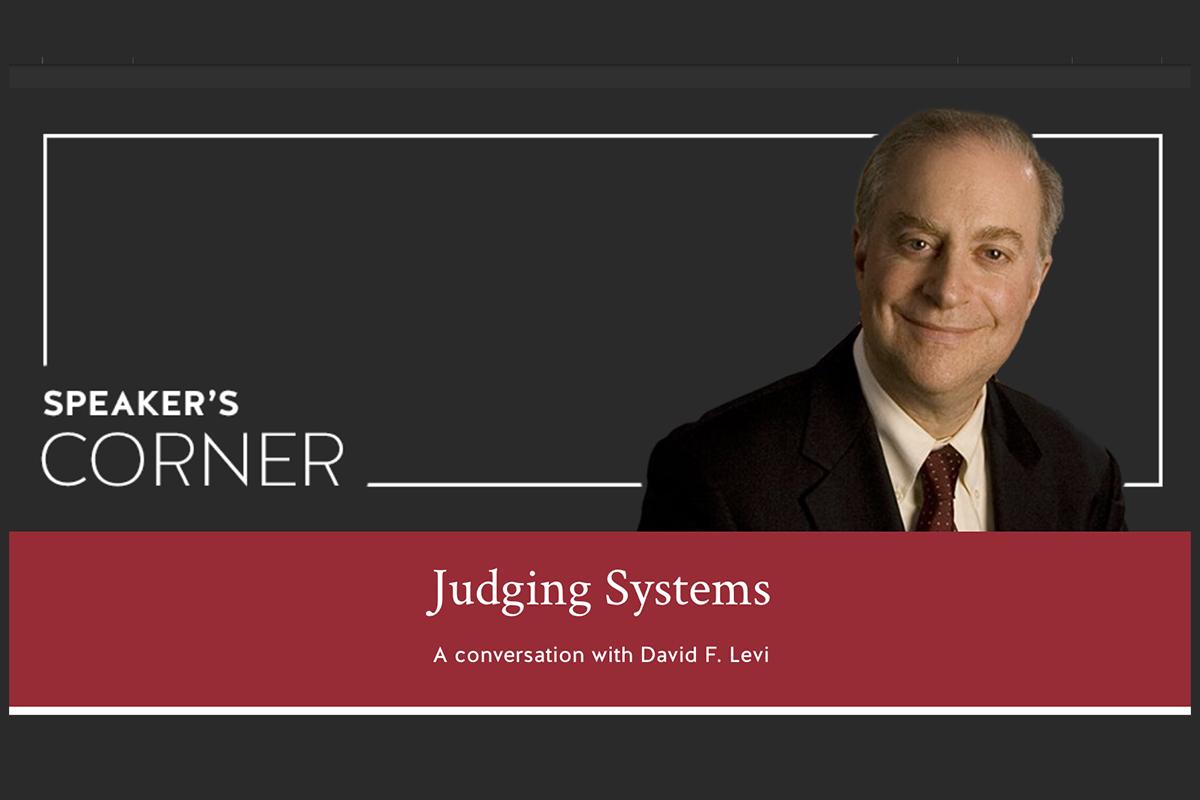 Director David F. Levi was recently interviewed by David B. Wilkins, faculty director of Harvard Law School’s Center on the Legal Profession, about topics related to judicial decision making, the rule of law, and the mission of the Bolch Judicial Institute at Duke Law.

Below you will find an excerpt from their conversation, published in the latest edition of The Practice. (Ed. note: Hyperlinks to our programs were added by the Bolch Judicial Institute.)

David B. Wilkins: I want to start with this wonderful institute that you’ve created. Could you talk a little bit about why you started it, and what its purpose is, and what you and your colleagues are studying?

David F. Levi: This is great timing because just last week, we gave the 2022 Bolch Prize for the Rule of Law to Judge J. Clifford Wallace. You probably know Cliff by reputation. What probably not everyone knows is that he has been an incredible worker tilling in the fields of the rule of law. He’s been to more than 70 countries to consult with judges as an expert in judicial administration. At our celebration, the chief justices of Uganda, of Pakistan, of Malaysia, of Singapore, all spoke about how helpful Cliff has been to them over the years. Justice Kennedy sent a letter in which he recounted a story about going to Bangkok on judicial business, and he asked the cab driver, “What is that beautiful building over there?” The cab driver said, “Oh, that’s the Clifford Wallace Institute for Judicial Training.”

I tell the story because it makes concrete what we’re trying to do. The Bolch Judicial Institute of Duke Law School is a rule of law institute. Part of what we do is to recognize threats to the rule of law and also opportunities to protect, preserve, and promote the rule of law here in the United States, as well as internationally. It’s a field of study—and it’s a field for action. It’s an area in which you can bring scholarship and research to bear on modern problems.

The Institute has three general areas of interest. One is the judiciary as an institution, as well as judicial decision making. How do judges decide cases, and how are the courts organized to deliver justice? Second, we study the rule of law, with a particular international focus. The third is what technology is likely to do to judging and judiciaries in general. We’ve been offering a law and tech educational program with the Federal Judicial Center for judges. We’re interested, for instance, in the possibilities of AI judging, and how technology can help make the system more efficient and more accessible.

This is not an institute that’s primarily interested in doctrine. We are focused on how judicial systems actually work. Now, that can involve doctrine, because doctrinal decisions have consequences for the system and for the people that use the system. But I think scholars have come to realize that how systems work is key. Yes, anybody who gets into a courtroom should be treated fairly, and the law should be fair, and the judges should be experts in the application of law. But so many Americans and people around the world can’t even get into a courtroom or access the legal help they need.

Read the full conversation in the latest edition of The Practice, a publication of Harvard Law School’s Center on the Legal Profession. See also the article Learning to Judge: Personal journeys inside and outside the courtroom, which mentions an episode of Judgment Calls and Duke Law’s Master of Judicial Studies program.