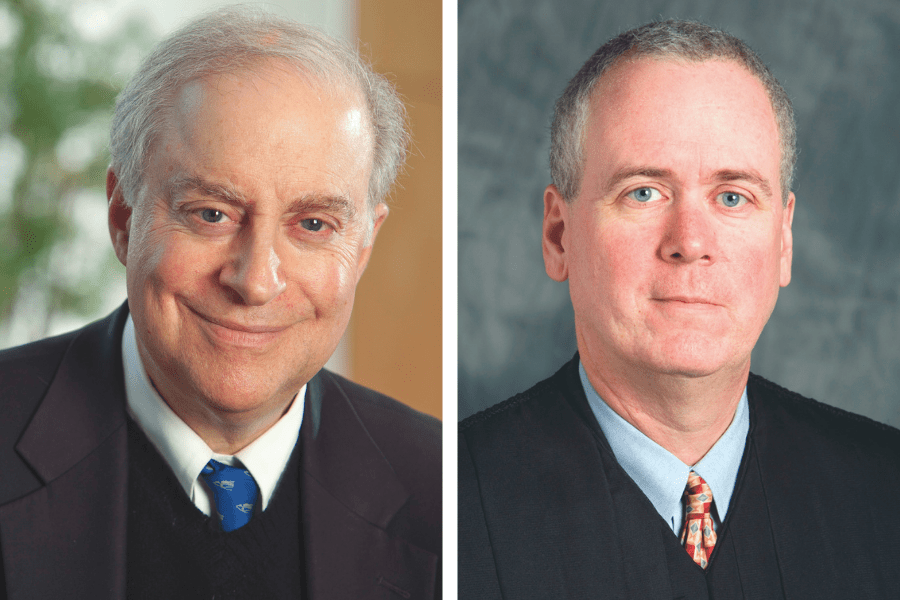 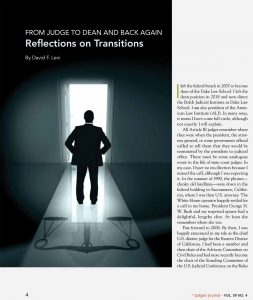 The Fall 2020 edition of The Judges’ Journal published by the American Bar Association features an article by David F. Levi, From Judge to Dean and Back Again: Reflections on Transitions (pdf), about his transition from the federal judiciary to the legal academy. In the article, Levi explains his decision to leave the federal bench “cold turkey” when he stepped down as chief U.S. district judge for the Eastern District of California to become the dean of Duke Law School in 2006. The decision did not come easy, he says, but “becoming a dean was exactly what I had been trained to do by being a judge for some 17 years.”

“Transitions are never easy, but, for judges, in this time, there is such a pressing need for their skills and character, and so many opportunities for service, that the transition need not put them at a distance from their former life,” he writes.

Judge Samuel A. Thumma, a 2020 graduate of the Master of Judicial Studies Program at Duke Law School, served as editor for this edition of The Judges’ Journal. He also published an article, Women’s Suffrage in the Western States and Territories (pdf), in the Summer 2020 edition.

More information about The Judges’ Journal can be found on the American Bar Association’s website at americanbar.org.