Announcing the Advisory Board of the Bolch Judicial Institute 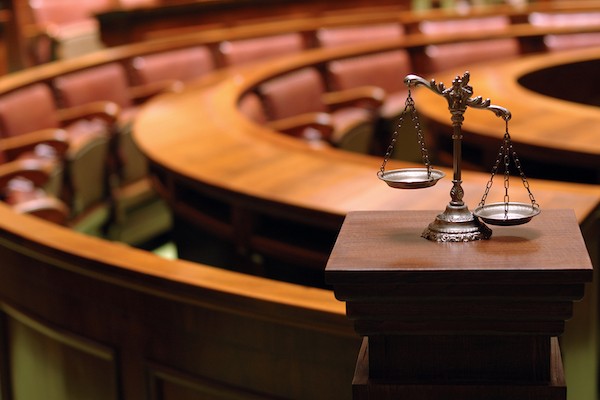 The following judges and lawyers have been appointed to the Bolch Judicial Institute Board of Directors:

Chair of the Board

Honorary Members of the Board

The Advisory Board is charged with guiding the programs and activities of the Bolch Judicial Institute. Its responsibilities include long-range planning, creating programs, monitoring the Institute’s budget, and selecting the recipient of the Bolch Prize, an annual prize recognizing individuals or entities who have distinguished themselves in the preservation or advancement of the rule of law. Sitting judges serve in an honorary capacity and do not participate in fundraising efforts or specific funding decisions.

“We are grateful to each of these distinguished judges and lawyers for agreeing to serve on our advisory board during this important early stage,” said Levi. “Their collective wisdom and experience will help us identify the ways in which we can use our strengths — our superb faculty and scholarly leadership, our deep connections to the judiciary, and our experience in developing educational programs and events — to advance the rule of law here and abroad. As we begin to establish our programs and identify opportunities, this board will provide invaluable guidance. I am honored to work with such an insightful and accomplished group of judges and lawyers, who are so committed to improving and strengthening the judiciary and the rule of law.”

“The mission of the Bolch Judicial Institute at Duke Law School — to better the human condition through the advancement of rule of law principles and a fair and independent judiciary — is as important today as ever,” added Kahn. “Through research, teaching, and scholarship, the Institute is already becoming a global leader in the study of judicial decision-making and the operation and design of legal systems in the United States and abroad. With the participation of distinguished members of the federal, state, and international judiciary, the academy, and the bar, the Bolch Judicial Institute promotes a series of programs to advance public understanding of the importance of a well-functioning judiciary and the rule of law. It is an honor and privilege to serve alongside my fellow board members, all outstanding leaders from throughout the legal profession, to advance the vital mission and programs of the Bolch Judicial Institute.”

In addition to the advisory board, the Bolch Institute is also guided by the following Duke Law faculty members, all experts in the study of the judiciary:

The Institute’s flagship publication, Judicature, is guided by an editorial board of judges and lawyers; David W. Ichel, a retired Simpson Thacher partner and a mediator with X-Dispute LLC, will serve as chair of the editorial board beginning with Vol. 103 No. 2 (the summer 2019 edition).

The Bolch Judicial Institute is dedicated to bettering the human condition through studying and promoting the rule of law. Established in 2018 with a $10 million gift from Carl Bolch Jr. and Susan Bass Bolch, the Institute develops research, scholarship, and educational programs in three focus areas: the rule of law; courts and judging; and law and technology. Its programs include the Master of Judicial Studies, a unique advanced degree for sitting judges; Judicature, Duke’s scholarly journal on judging; the annual Appellate Judges Educational Institute (AJEI), one of the largest educational conferences for appellate judges and lawyers; EDRM, a professional organization that creates practical resources to improve e-discovery and information governance; and the Duke Conference series, which brings together judges, scholars, and practitioners to examine law reform in specific fields.