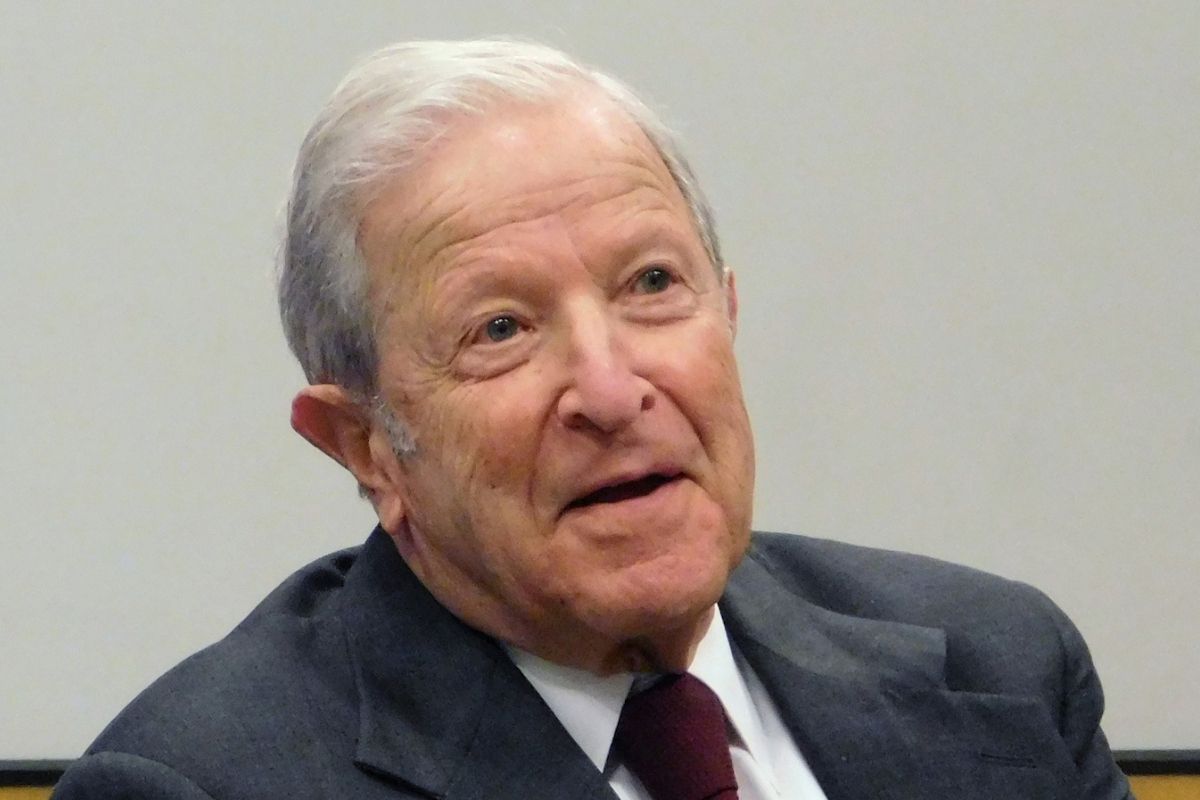 The Bolch Judicial Institute of Duke Law School has announced that Judge Jon O. Newman of the United States Court of Appeals for the Second Circuit will serve as the Institute’s inaugural Distinguished Judge in Residence during the 2018-19 academic year.

The Institute’s Distinguished Judge in Residence is awarded each year to an outstanding jurist who has an interest in scholarship, law teaching, and the study of the judiciary. The recipient spends two weeks in residence at Duke Law, where he or she may give guest lectures, participate in faculty scholarship workshops, and advise students and faculty.  The residency also offers the judge an opportunity to work on the judge’s own writing projects, with the assistance of a student researcher.

“Jon Newman is one of the most highly respected judges in this country,” said David F. Levi, director of the Bolch Judicial Institute and the Levi Family Professor of Law and Judicial Studies. “In the course of his extraordinary career, his brilliance and wisdom have been recognized by presidents of both parties. He is one of the leading thinkers on judicial administration, and we are very fortunate that he has consented to serve as our first judge in residence as we seek to advance the rule of law and the study of the judiciary.”

Judge Newman will spend his first week in residence at Duke Law during the week of October 29. He will return in May 2019 to serve on the faculty of the Bolch Judicial Institute’s Master of Judicial Studies program.

“It will be invaluable to have Judge Newman with us at Duke,” said Marin Levy, an associate professor of law who teaches and studies civil procedure, judicial administration, remedies, and federal courts. “Our students will learn first-hand from one of the country’s finest jurists. And those of us on the faculty whose work focuses on courts will gain insights from one of the country’s leading experts in judicial administration. We are so fortunate to have the Bolch Judicial Institute here at Duke to support such an important program.”

Judge Newman is one of the nation’s longest-serving and most respected federal judges. He was appointed to the U.S. Court of Appeals for the Second Circuit in 1979, after serving as a United States District Court Judge for the District of Connecticut for eight years. He was chief judge of the Second Circuit from 1993 to 1997, when he assumed senior status.

Judge Newman holds a B.A. from Princeton University and an LL.B. from Yale University. He served in the U.S. Army Reserve from 1952 to 1964. After law school, he served as a law clerk for Judge George T. Washington of the U.S. Court of Appeals for the District of Columbia Circuit. From 1957 to 1958, he was senior law clerk to Chief Justice Earl Warren of the U.S. Supreme Court. He served as special counsel to Gov. Abraham Ribicoff of Connecticut and later served as executive assistant to Ribicoff when he became U.S. Secretary of Health, Education and Welfare. In 1963, after Secretary Ribicoff was elected U.S. Senator from Connecticut, Judge Newman became his administrative assistant. From 1964 until 1969, Judge Newman was the U.S. Attorney for the District of Connecticut. When he was not engaged in public service, Judge Newman had a private practice in Hartford, Conn.

During his decades on the bench, Judge Newman has issued multiple decisions that have directly influenced the development of law in pivotal cases regarding abortion, national security, criminal law, intellectual property, federal procedure, extraterritorial jurisdiction, free speech, and more. He has written several scholarly articles, including a 2016 Judicature article calling for full-scale revision of federal sentencing guidelines.

In his 2017 autobiography, Benched: Abortion, Terrorists, Drones, Crooks, Supreme Court, Kennedy, Nixon, Demi Moore and Other Tales from the Life of a Federal Judge, Judge Newman ruminates on the challenges of deciding difficult cases, offers 20 proposals for improving the U.S. justice system, and shares anecdotes and observations from a long life in public service. It is a life that has garnered many accolades. As Judge Robert A. Katzmann, current chief judge of the U.S. Court of Appeals for the Second Circuit, once said: “If Jon Newman were a sports figure, he would be the perennial winner of the most valuable player award for his contributions to the administration of justice.”

In 2016, Judge Newman received the Edward J. Devitt Distinguished Service to Justice Award in recognition of his extraordinary contributions to the administration of justice, the advancement of the rule of law, and the improvement of society. During the award presentation, Supreme Court Justice Sonia Sotomayor described Judge Newman as “a man of uncommon brilliance and generosity.”

“I am very honored to inaugurate the Bolch program and especially pleased to have an opportunity to visit at the leading law school in the nation that is interested in judicial administration and contributing valuable scholarship in this field,” said Judge Newman. “I look forward to the visit with great anticipation.”