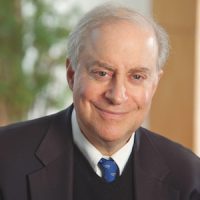 Making the case for the rule of law

Toward a more perfect union

by Bernice B. Donald

American constitutional law creates two potential opportunities, not one, to invalidate a state or local law. Individuals who wish to challenge the validity of a state or local law thus usually have two opportunities to strike the law — one premised on the first-in-time state constitutional guarantee and one premised on a counterpart found in the U.S. Constitution. Yet most lawyers take one shot rather than two, and usually raise the federal claim rather than the state one.

This article, an excerpt from Judge Jeffrey Sutton’s book 51 Imperfect Solutions: States and the Making of American Constitutional Law, aims to explain how we got here — how the bench and bar became so one-sided in their understanding of American constitutional law and diminished the States’ constitutions in the process, and considers reasons for changing course — why American lawyers and judges (and citizens) would benefit from taking our state constitutions more seriously than they currently do. (Includes an introduction by Sarah Hawkins Warren, solicitor general of Georgia.)

Rights That Made the World Right

This article explores how the Fourteenth Amendment brought together two legal frameworks — one focused on the rights of legally recognized individuals, which was the purview of state and federal jurisdictions, and the other focused on maintaining the public order and, essentially, doing what was right, which was associated with local jurisdictions — and encouraged Americans to see federal authority, in particular, as the protector of both rights and what was right. The result was a rights revolution, initiated by ordinary Americans, that transformed not just the meaning of rights, but also the reach of federal authority, stretching both to cover a much wider array of issues than had been the case before passage of the Fourteenth Amendment. The implications have been both profound and enduring, supporting expansive expectations of what rights can do and what federal authority can accomplish.

In recent years, reentry programs have emerged as a way to address the challenges of reintegrating ex-offenders into society and, increasingly, as a tool for combatting mass incarceration and reducing persistent recidivism rates. Reentry programs are managed by the court and designed to provide broad, comprehensive support to ex-offenders in building a productive life outside prison. This article provides an overview of reentry philosophy and approaches, and discusses some of the challenges of measuring the success of reentry programs.

Reflections on a Reentry Court

In this essay, we reflect on our experience with members of a federal Reentry Court program that began in the District of Connecticut in August 2016. Our goals are more modest: to explain how our Reentry Court works; to share the stories and perspectives of some of our members (based on their consent to be interviewed); and to reflect on some of the values of a reentry court program that may not be readily susceptible to mathematical tracking or measurement.

Not So Fast: A Response to Garner

In the Spring 2018 edition of Judicature, Bryan Garner, an old friend, responded to my article in the previous issue, an article that took the form of a mock opinion by Kimble, J., in Lockhart v. United States. He wrote his own mock opinion, with an introduction criticizing mine. Simply put, Garner and I disagree on whether canons can dispose of cases such as Lockhart with clarity and concision. In my view, they cannot — as the conflicting opinions in Lockhart demonstrated.

A Matter of Style: Leadership and Gender on State Supreme Courts

The purpose of this analysis is to examine and analyze leadership styles, skills, and attributes on state supreme courts. This area of research is growing in academic study, as more scholars — particularly in political science and public administration — are examining how our political institutions are run, rather than focusing only on the politics that take place in those institutions. We are particularly interested here in discerning if there are differences in leadership style preferences between men and women on state high courts.

The Bolch Judicial Institute published Proposed Revision: Standards and Best Practices For Large and Mass-Tort MDLs and Technology Assisted Review (TAR) Guidelines in the Summer 2018 Judicature and invited public comments on both documents. When the public comment periods end, the documents will be revised and finalized for dissemination. Visit the Institute’s ‘Documents for Public Comment‘ page to download the drafts and learn about the drafting and comment processes.

A giant among judges and men

by Diane Wood and Aaron Nielson

Bernice B. Donald
Judge, U.S. Court of Appeals for the Sixth Circuit

Published by the Bolch Judicial Institute of Duke Law

JUDICATURE
ISSN 0022-5800
© 2018 Duke University School of Law.
All rights reserved. This publication, or any part thereof, may not be reproduced without written permission from Duke University.  Views expressed herein do not necessarily reflect the views of Duke Law School as an entity or of its faculty.

We provide limited content from each edition of Judicature in electronic format. To order a printed copy of the publication, please visit our subscription page. Individual editions may be ordered using the 'back issue' order option.

Please send comments, questions, and letters to the editor to judicature@law.duke.edu.

Thank you to our sponsors!