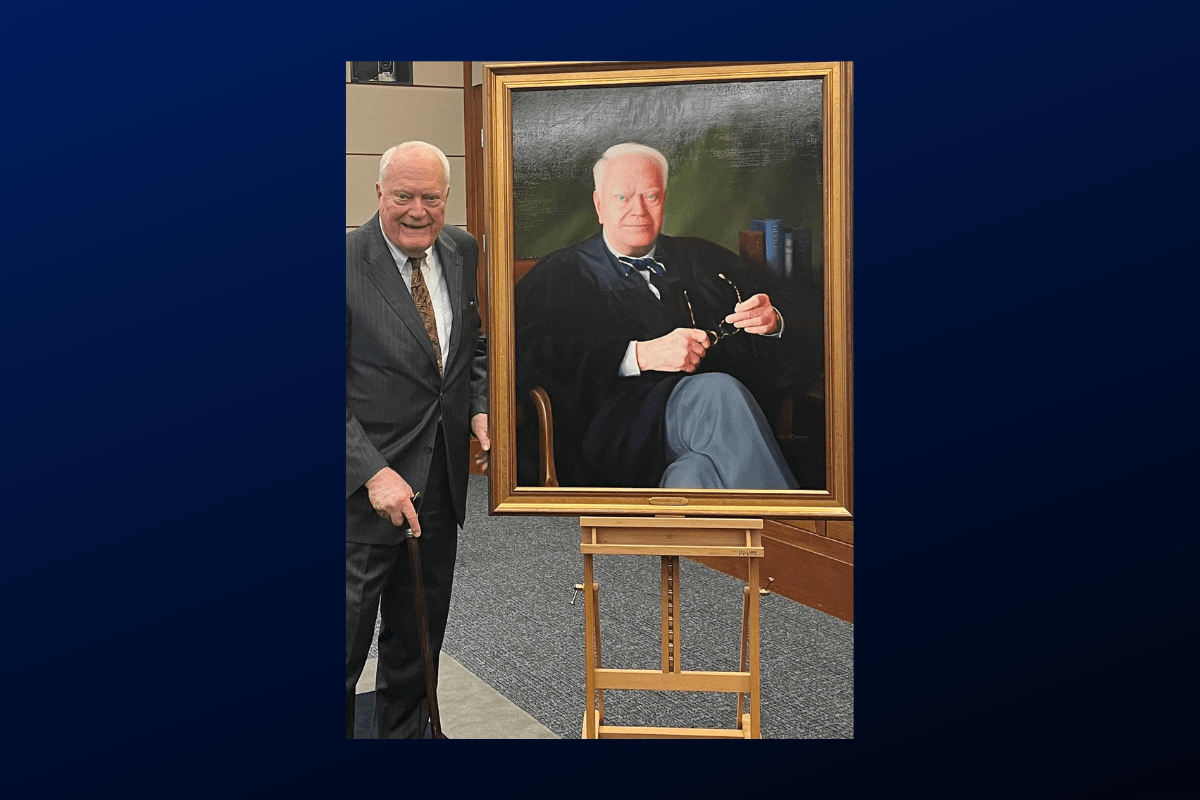 A portrait of Senior Judge Gerald B. Tjoflat, a 1957 graduate of Duke Law School and honorary life member of the Board of Visitors, was unveiled on October 14, 2022, at the United States Courthouse in Jacksonville, Florida. The portrait depicts Judge Tjoflat during his term as Chief Judge of the U.S. Court of Appeals for the Eleventh Circuit from 1989 to 1996 and was painted by Kari Rajkumar, a fine artist based in Paris, Illinois.

The portrait was commissioned by 190 of Judge Tjoflat’s former law clerks and was gifted to The Eleventh Circuit Historic Society to be maintained and preserved. Copies of the portrait will also hang in the courthouse in Atlanta and in Judge Tjoflat’s chambers in Jacksonville.

The ceremony featured remarks from his family, colleagues on the bench, and several former law clerks who spoke about Judge Tjoflat’s legacy and tireless dedication to justice and the rule of law. Judge Tjoflat also spoke about his path to the bench, which began with an unexpected election to the state court, and the ceremony’s significance as a tribute to the rule of law.

“The rule of law brings stability, and stability tells citizens where they stand,” Judge TJoflat remarked. “It holds us together. It’s the glue.”

Judge Tjoflat visited Duke Law School in March to talk with David F. Levi, director of the Bolch Judicial Institute, about his law school experience, clerkships, and pathway to the bench. A recording of their conversation is available to watch here.