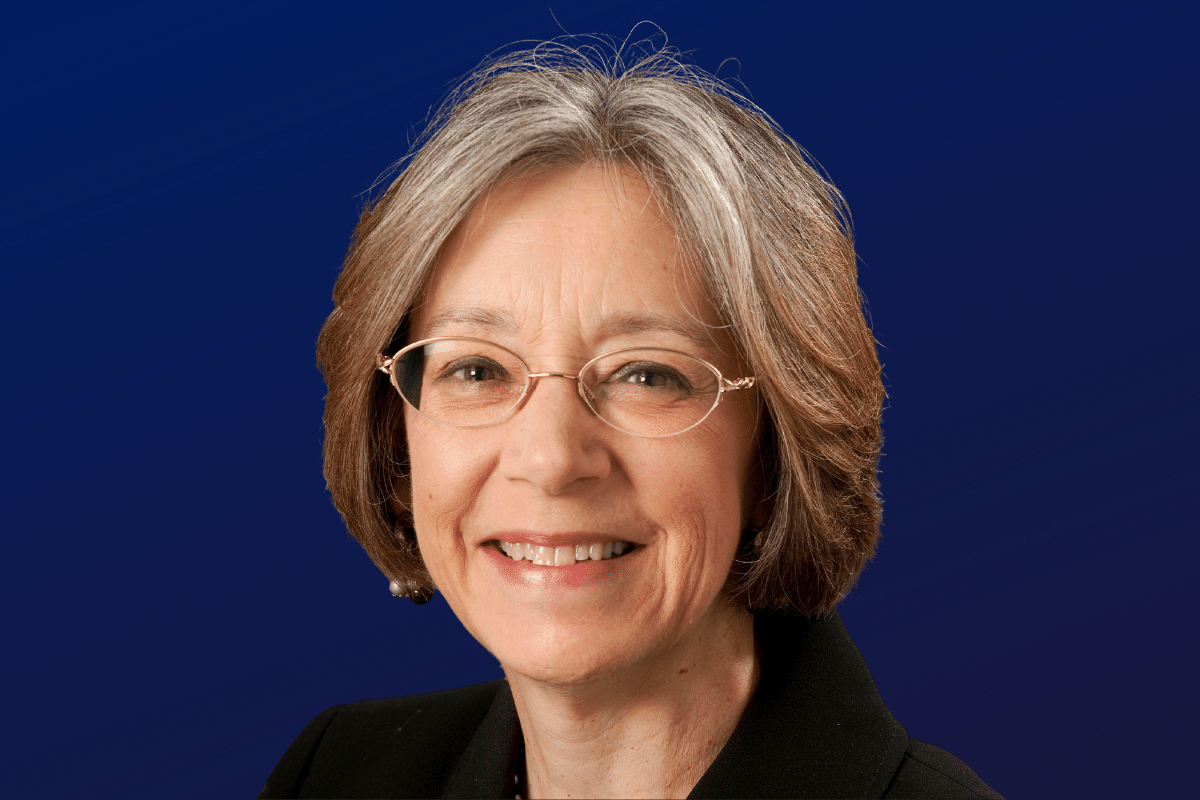 Judge Diane P. Wood of the U.S. Court of Appeals for the Seventh Circuit has joined the Bolch Judicial Institute Advisory Board.

“We are so pleased to welcome Judge Wood to our advisory board,” said David F. Levi, director of the Bolch Judicial Institute. “She has been a strong supporter of the Institute and our programs for many years, and we are grateful that she is willing to deepen her engagement with our efforts. She brings tremendous expertise and insight from her long career on the bench and as a scholar and practitioner. Her interest and experience in international law will be particularly important to us as the Institute grows its global footprint in years to come.”

Judge Wood received her BA in 1971 and her JD in 1975 from the University of Texas at Austin. After graduation, she clerked for Judge Irving L. Goldberg of the Fifth Circuit and for Justice Harry A. Blackmun of the U.S. Supreme Court. She then worked briefly for the U.S. State Department on international investment, antitrust, and transfer of technology issues, and as an associate with Covington & Burling, where she pursued a general antitrust and commercial litigation practice until June 1980. She also served on the faculty at Georgetown Law and at Cornell Law School and was a consultant to the U.S. Department of Justice on revisions to the Antitrust Guide for International Operations.

From 1981 through 1995, Judge Wood served as assistant professor, professor of law, associate dean, and the Harold J. and Marion F. Green Professor of International Legal Studies at the University of Chicago Law School. From 1993 until 1995, she took a leave of absence to serve as deputy assistant general in the Antitrust Division of the U.S. Department of Justice with responsibility for the Division’s International, Appellate, and Legal Policy matters. She was appointed to the U.S. Court of Appeals for the 7th Circuit in 1995 and served as chief judge from 2013 to 2020. Her research interests include antitrust (both international and general), federal civil procedure, and international trade and business.

“As the Bolch Judicial Institute continues to develop programs to advance the rule of law and strengthen judicial independence, our advisory board provides critical guidance and practical perspective,” said Peter Kahn JD’76, chair of the advisory board and senior counsel at Williams & Connolly. “Judge Wood is a revered leader within the judiciary whose insight and ideas for improving the administration of justice and protecting the rule of law, both in our country and abroad, will help the Institute ensure that its initiatives continue to serve and support the judiciary and judicial systems. We are grateful for her commitment and delighted to welcome her to the board.”

The Bolch Judicial Institute Advisory Board is charged with guiding the programs and activities of the Bolch Judicial Institute. Its responsibilities include long-range planning, creating programs, monitoring the Institute’s budget, and selecting the recipient of the Bolch Prize, an annual prize recognizing individuals or entities who have distinguished themselves in the preservation or advancement of the rule of law. Sitting judges serve in an honorary capacity and do not participate in fundraising efforts or specific funding decisions. See the full list of current members here.