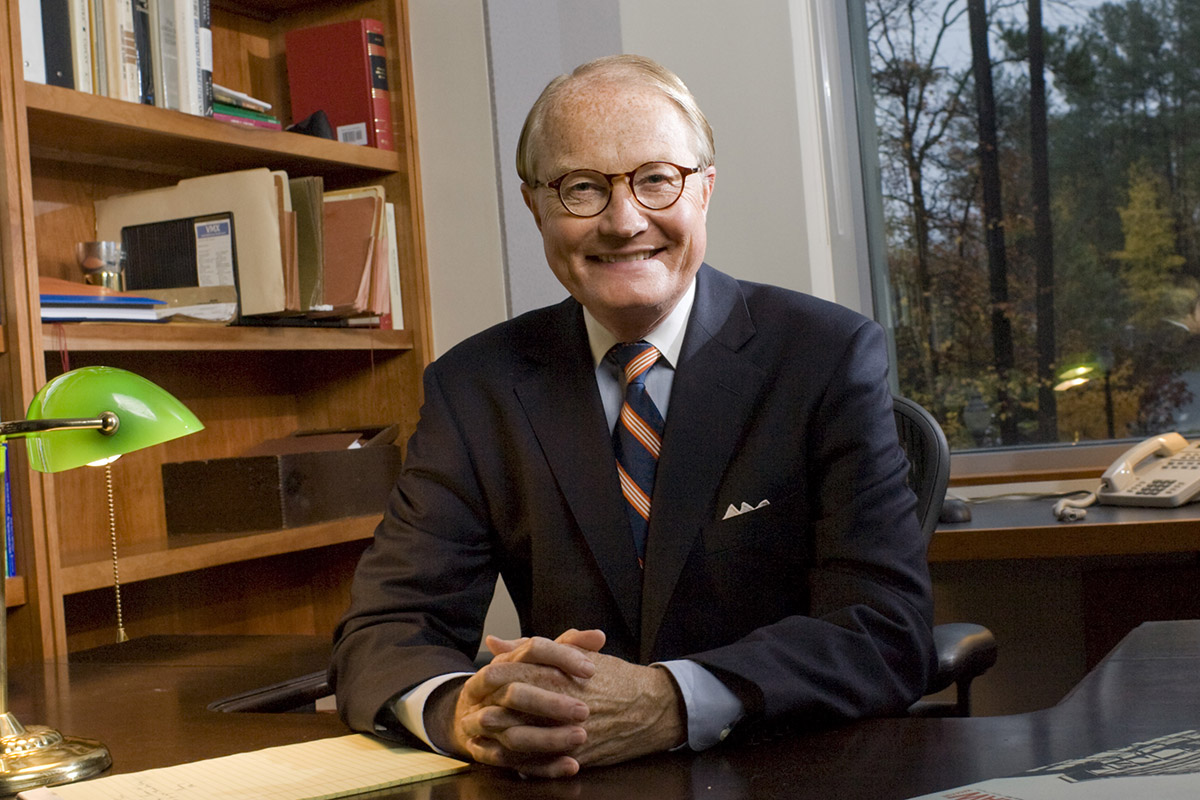 Duke Law School has published a special issue of Law & Contemporary Problems,“Innovations in Complex Litigation and Settlement” (Vol. 84, No. 2), honoring the legacy of the late Duke Law Professor Francis E. McGovern. The issue, available online, contains a collection of personal tributes to Professor McGovern but is largely devoted to articles inspired by his pioneering leadership and scholarship in complex litigation.

Professor McGovern was closely associated with the Bolch Judicial Institute, teaching in the Master of Judicial Studies program and participating in numerous other Institute conferences and programs, such as the annual Duke Law certificate in Mass-Tort MDL that he founded in 2019. In spring 2022, the Institute will host the first annual McGovern Symposium on Civil Litigation to explore the articles and issues raised in the journal.

Professor Lynn A. Baker of the University of Texas at Austin School of Law, Elizabeth Cabraser, founding partner at Lieff Cabraser and lecturer at University of California–Berkeley School of Law, and Professor Robert Klonoff of Lewis & Clark Law School served as co-editors of the issue. The contributors to the volume are all leading practitioners, judges, and scholars in the field of class actions and multi-district litigation.

“Here we find ourselves once again, academics and practitioners alike, listening to the lessons Francis continues to teach through this volume,” write David F. Levi, director of the Bolch Judicial Institute, David M. Bernick, litigation partner at Kirkland & Ellis, and Christopher A. Seeger, founding partner of Seeger Weiss, in the Foreword. “Those lessons are varied and plentiful, and they are offered here by a host of esteemed contributors Francis was proud to call his friends and colleagues.”

In February 2020, Professor McGovern’s unexpected death stunned the legal community. At that time, he was one of the three court-appointed special masters for the National Prescription Opiate Litigation (MDL 2804). He had proposed a settlement negotiation class — a new way to fairly divide and distribute any settlement proceeds — which he discussed in the summer 2020 edition of Judicature.

Senior U.S. District Judge Dan A. Polster, the judge who oversaw the opioid MDL, contributed an essay, Francis McGovern: Special Master Par Excellence, about the case — which is sometimes described as the most complex civil case in U.S. history — and McGovern’s inventive solution. Although the Sixth Circuit ultimately reversed the district court’s certification of a negotiation class, Judge Polster writes that it was McGovern’s work that led nearly all of the 23,000 cities and counties named in the MDL to approve a formula for allocating any settlement proceeds.

“While the Opioid MDL is a highly contentious and adversarial process, Francis kept emphasizing that this is a problem to be solved, not a fight to be won or lost,” he writes. “Francis was able to accomplish this because he was able to communicate with everyone, and he treated them all well.”

The issue also features contributions from a wide range of esteemed judges, attorneys, and academics, as well as a piece Professor McGovern began writing before his death, A Hub-and-Spoke Model of Multidistrict Litigation, that his co-author, Professor Teddy Rave of the University of Houston Law Center, saw through to completion.

Co-editor and leading practitioner, Elizabeth Cabraser, said she hopes the journal will keep Professor McGovern’s memory alive for a new generation of judges, mediators, and advocates.

“Complex litigation exists — and can be favorably resolved — on a human level, because the problems it strives to resolve arise from the complexity of the human mind and heart,” she said. “Francis McGovern knew, acted upon, and taught us this essential truth: The rule of law, in action, is the activation of the better angels of our nature.”

For more information on Law & Contemporary Problems, a journal published by Duke Law School, visit their website at lcp.law.duke.edu.