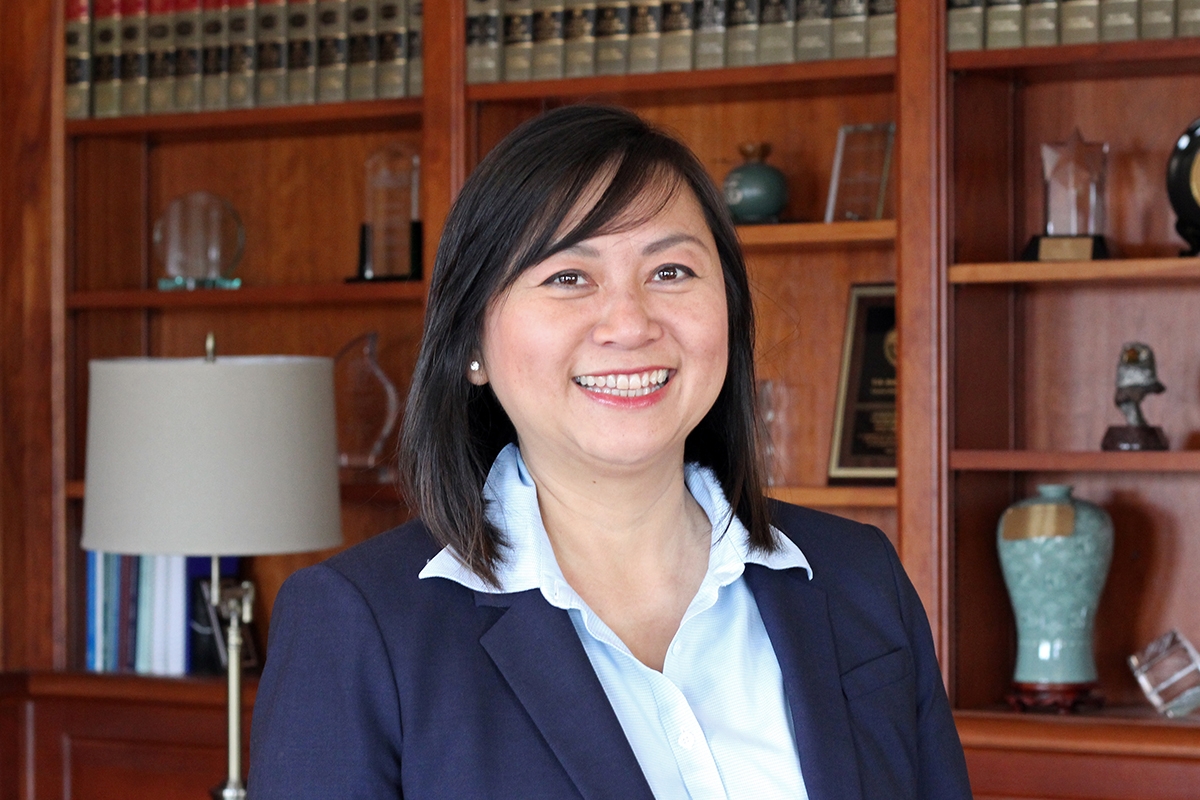 Judge Jacqueline Nguyen of the U.S. Court of Appeals for the 9th Circuit will be a “virtual visitor” to Duke Law in February 2021 as part of the Bolch Judicial Institute’s Distinguished Judge in Residence program. As part of her residency, she will attend a course taught by Professor Sara Beale, meet with students in the Asian Pacific American Student Law Association, and join Professor David F. Levi, director of the Bolch Judicial Institute, for a lunch hour discussion about her career and time on the bench.

“What an honor it is to welcome Judge Nguyen as our Distinguished Judge in Residence,” said Levi. “She is an accomplished judge and leader in the legal community. We are so pleased that she is willing to share her time and experiences with our faculty and students.”

Judge Nguyen was confirmed to the United States Court of Appeals for the Ninth Circuit on May 7, 2012, and received her commission on May 14, 2012. She is the first Asian American woman to serve on a federal court of appeals. Prior to her confirmation to the Ninth Circuit Court of Appeals, Judge Nguyen was the first Asian American woman to serve as a district judge on the United States District Court for the Central District of California. She began her judicial career as a trial judge on the Superior Court for the County of Los Angeles, California, serving from 2002 to 2009.

Prior to taking the bench, Judge Nguyen spent seven years as a federal prosecutor in the United States Attorney’s Office in Los Angeles, where she also served as a Deputy Chief in charge of training new Assistant United States Attorneys. She began her legal career in private practice. She holds an A.B. degree from Occidental College and a J.D. from UCLA Law School.

When she was just 10 years old, Judge Nguyen’s family evacuated from their home near Saigon, Vietnam, after it was captured by North Vietnamese forces. The family was airlifted out of Vietnam by the U.S. army and relocated to a temporary shelter at Camp Pendleton in San Diego. Her parents’ determination to rebuild their lives in the United States by working long hours and numerous jobs inspired her to become a judge, she said in a 2015 “Pathways to the Bench” video produced by the Federal Judicial Center.

“Whenever I face difficult decisions in my life I’m always reminded of my parents,” she said in the video. “Seeing that example, I think, has always inspired me to reach outside of my comfort zone. I think you have to have the courage to hold on to the opportunities that you’re given, but that could change the course of your entire life and that’s what I did and that’s how I became a federal judge.”

Judge Nguyen has been active in the legal community for many years and has been widely recognized for her public service. As a lawyer, she served on the board of various local bar associations including the Women Lawyers’ Association of Los Angeles County, the Southern California Chinese Lawyers’ Association, and the Japanese American Bar Association. She also co-founded and served as the President of the Asian Pacific American Bar Association from 1999 to 2000. As a judge, she has continued her engagement, particularly in mentoring initiatives and on issues of diversity and inclusion, and currently serves on numerous advisory boards for local organizations, as well as on several court committees.

The Bolch Judicial Institute’s Distinguished Judge in Residence program brings outstanding judges to Duke Law School to interact with students and faculty. Prior distinguished judges include Judge Jon O. Newman of the U.S. Court of Appeals for the Second Circuit, former Chief Justice Margaret H. Marshall of the Massachusetts Supreme Judicial Court, Justice David Collins of the New Zealand Court of Appeal, Justice Leondra Kruger of the California Supreme Court, and Judge Andrew Oldham of the U.S. Court of Appeals for the Fifth Circuit.