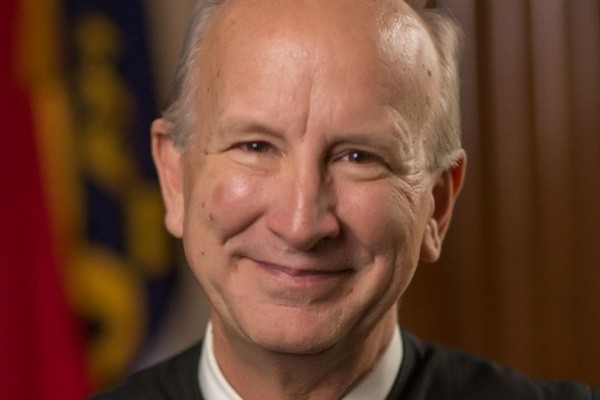 Paul M. Newby, chief justice of the North Carolina Supreme Court, has joined the Advisory Board of the Bolch Judicial Institute.

“We are delighted to welcome Chief Justice Newby to our board,” said David F. Levi, director of the Bolch Judicial Institute. “Supporting the North Carolina judiciary is an important part of the Bolch Judicial Institute’s mission and role at Duke, and close collaboration with the Chief Justice helps us to ensure that we stay attuned to the needs of the state’s judges.”

“It’s wonderful to welcome another Duke University graduate to our fold,” said Peter Kahn, chair of the Advisory Board and a partner at Williams & Connolly LLP in Washington, D.C. “Chief Justice Newby will bring to us the perspective of his many years of judicial service as well as knowledge of current conditions and needs of the state courts.”

Before beginning his legal career, Justice Newby served as a judicial intern in the United States Supreme Court and interned in the 18th Judicial District Public Defender’s Office (Greensboro/High Point, N.C.). He began his law practice in Asheville, N.C., with Van Winkle, Buck, Wall, Starnes, and Davis, P.A., and later served as vice president and general counsel of Cannon Mills Realty and Development Corporation in Kannapolis, N.C. In 1985, he was appointed as an Assistant United States Attorney for the Eastern District of North Carolina in Raleigh, where he served for over 19 years.

The Bolch Judicial Institute Advisory Board is charged with guiding the programs and activities of the Bolch Judicial Institute. Its responsibilities include long-range planning, creating programs, monitoring the Institute’s budget, and selecting the recipient of the Bolch Prize, an annual prize recognizing individuals or entities who have distinguished themselves in the preservation or advancement of the rule of law. Sitting judges serve in an honorary capacity and do not participate in fundraising efforts or specific funding decisions. See the full list of current members here.