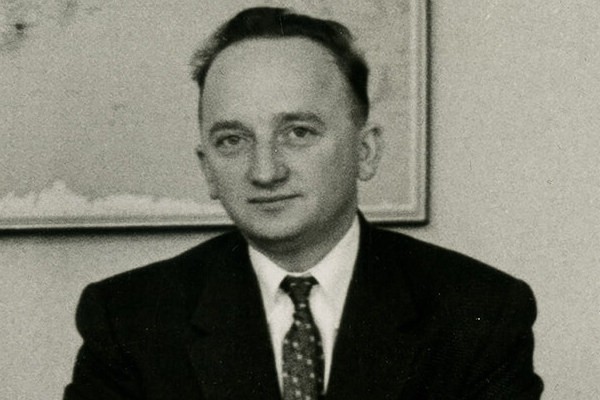 Benjamin Ferencz, the last living Nuremberg Trial prosecutor and an icon in the field of international justice, is the first person to be honored by the Bolch Judicial Institute’s Raphael Lemkin Guardian of the Rule of Law series, which celebrates individuals who have worked to protect and advance the rule of law. Ferencz joined Bolch Judicial Institute Director David F. Levi and moderator Michael P. Scharf for a live interview on Oct. 12, 2020. The program was recorded and is available on YouTube. 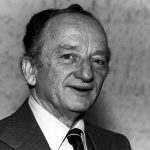 Ferencz was born in Romania in 1920, graduated Harvard Law School in 1943, and served in the U.S. Army during World War II. After the war, he was transferred to the War Crimes Branch of the Army to gather evidence of Nazi brutality and apprehend perpetrators. At 27 years old, he became chief prosecutor for the United States in the Einsatzgruppen Case, “the biggest murder trial in history” according to the Associated Press. Twenty-two defendants were charged with the murder of more than one million people; all were convicted and 13 were sentenced to death. Ferencz later assisted in reparation and rehabilitation efforts for the victims of Nazi crimes, participated in negotiations that led to the Reparations Agreement between Israel and West Germany and the first German Restitution Law in 1953, and then entered into private law practice in the United States. He dedicated his life to the cause of international justice and peace; a documentary about his life and work, Prosecuting Evil, is available on Netflix. 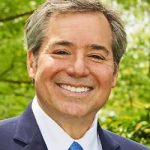 Scharf, a 1988 Duke Law graduate, is co-dean at Case Western Law and Managing Director of the Public International Law and Policy Group, a Nobel Peace Prize-nominated NGO. He has led USAID-funded transitional justice projects in Uganda, Cote d’Ivoire, Libya, and Turkey (for Syria), and maritime piracy projects in Kenya, Mauritius, and The Seychelles. In 2008, he served as Special Assistant to the Prosecutor of the Cambodia Genocide Tribunal, and during the elder Bush and Clinton Administrations he served in the Office of the Legal Adviser of the U.S. Department of State.

About the Raphael Lemkin Guardians of the Rule of Law 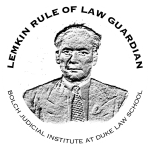 The Raphael Lemkin Rule of Law Guardian series is sponsored by the Bolch Judicial Institute and honors those who have contributed to the preservation and advancement of the rule of law by highlighting their work through interviews, oral histories, and other programs. The program is named for Raphael Lemkin, a Duke Law faculty member who escaped Europe during WWII and through research, advocacy, and teaching developed both the term and the concept of genocide. Lemkin was a consultant to the U.S. Board of Economic Warfare and Foreign Economic Administration and later became a special adviser on foreign affairs to the War Department, largely due to his expertise in international law. In 1948 he succeeded in securing the passage of the Genocide Convention at the United Nations, which obligated member states to bring crimes of genocide in neighboring nations to trial. Learn more about the Lemkin Guardians series and Mr. Ferencz here.