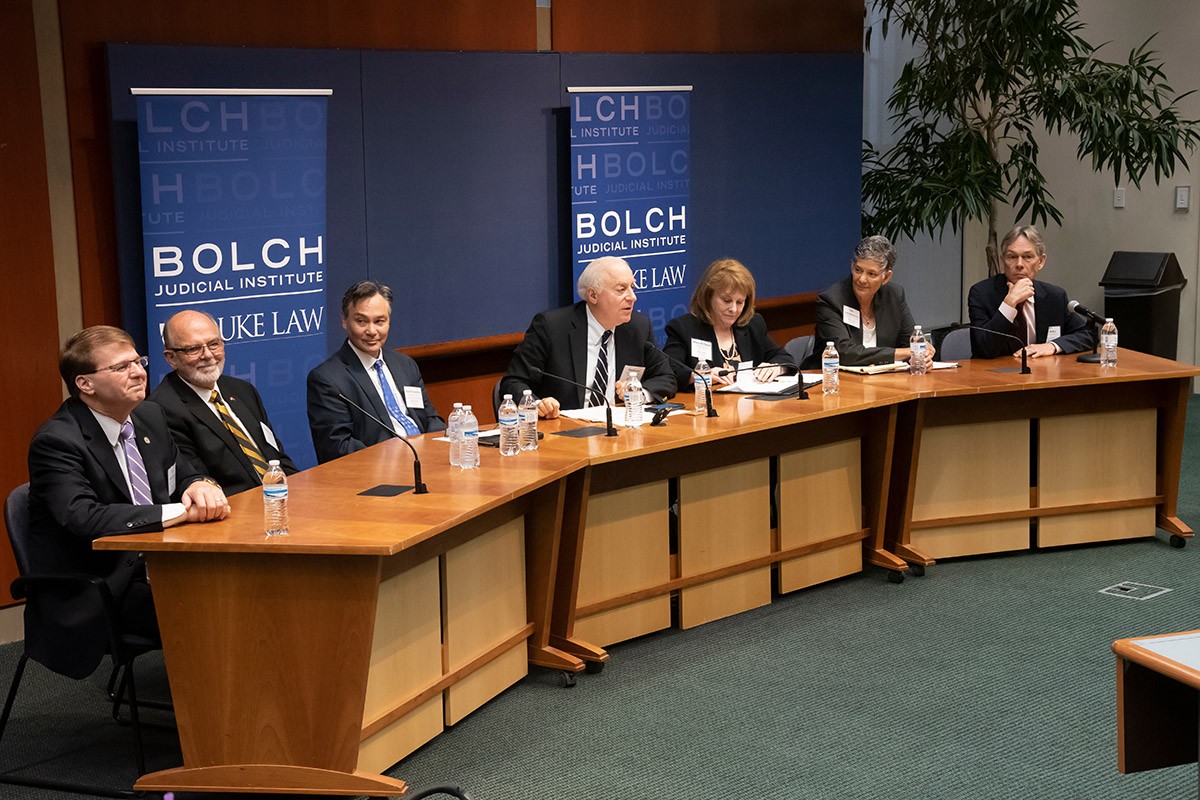 Scholars and judges came to Duke Law Sept. 5-6, 2019, to discuss — and find ways to mitigate — problems stemming from the disproportionate impact of court fees, fines, and bail processes on poor and minority communities during a conference sponsored by the Bolch Judicial Institute in collaboration with the Duke Law Journal. The conference, “Fees, Fines, Bail and the Destitution Pipeline,” showcased emerging research and facilitated conversation among scholars and state court leaders on what is working and not working in the courts and where more study is needed. 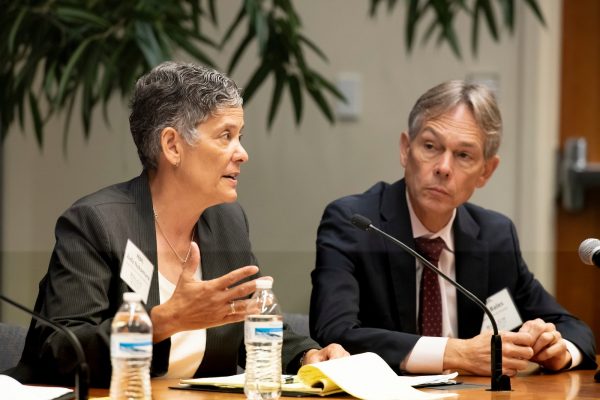 “The problems generated by unduly large fees, fines, and money bail plague poor people and alienate them from their local courts, creating general distrust of the justice system,” said Levi. “By bringing together the scholars who are studying these issues and the judges who are actively working to address them in their courts, we are able to share ideas, better understand some of the dynamics at work, more sharply focus the research that’s needed, and more effectively support court and state leaders as they work to identify and end this unfairness.”

Long ignored and highly localized, abusive fees, fines, and bail practices have created de-facto debtors’ prisons throughout the country. Fines for minor infractions, such as speeding or illegal parking, are often compounded when the defendant can’t pay on time. The result is that defendants who start out receiving a $35 ticket can end up facing hundreds of dollars of fines and other fees and often jail time simply because they couldn’t afford to pay the ticket in the first place. But fees and fines produce revenue for courts, law enforcement, and state budgets, which creates perverse incentives for states and local governments to increase fees and fines and complicates efforts to ameliorate the problem. 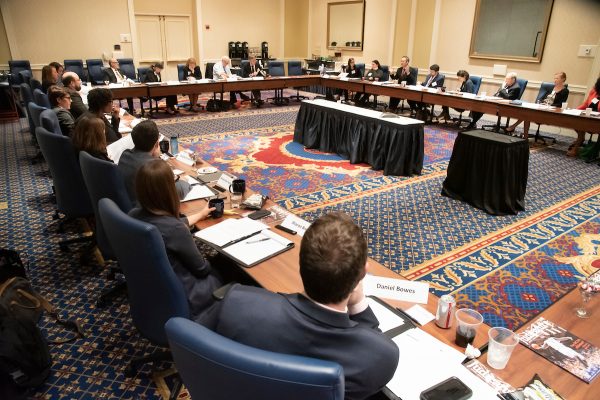 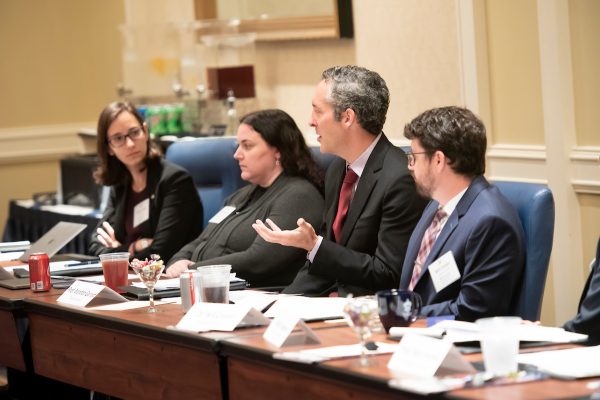 The Department of Justice drew national attention to fees and fines abuses in its 2015 report on policing practices in Ferguson, Missouri. The DOJ cited the police department’s focus on revenue as a driving factor behind overly aggressive policing and the public’s lack of faith in the justice system. Since then, several states have overhauled bail and pre-trial practices, created new systems to waive fees, and abolished the practice of suspending drivers’ licenses for unpaid traffic fees. Many other courts and states are considering similar steps.

“One of the clear messages from the conference is that there is a lot we still don’t know with certainty when it comes to fees, fines, and bail,” said Levy. “If academics can undertake key empirical studies in this area, the resulting findings, in turn, could be critical in supporting reform efforts.”

The research presented examined the problem of court debt from a variety of perspectives and disciplines. Duke Law’s Brandon Garrett and Will Crozier presented research on driver’s license suspensions, conducted under the auspices of the new Duke Law Center for Science and Justice, which Garrett directs. Other presentations addressed topics such as procedural protections before imposing unaffordable bail (by Sandra G. Mayson of the University of Georgia); ability to pay tests (by Beth A. Colgan of UCLA); probable cause and indefinite detention for failure to make bail (by Kellen Funk of Columbia Law School); bail and pretrial release in North Carolina (by Jesse Smith of UNC); proportionality of fees and fines (by Mitali Nagrecha of Harvard Law School); the criminalization of poverty (by Peter Edelman of Georgetown Law); and the process, substance, and structure of poverty punishment (by Monica Bell of Yale Law School).

Presented papers, along with other written contributions to the conference, will be published in a forthcoming edition of the Duke Law Journal, and student editors of the journal were able to participate in some of the discussion sessions.

Student engagement was an important component of the conference, Levy said. “In addition to learning more about these challenging issues, the students took in how young attorneys had been critical in drawing attention to the problems of fees and fines in Ferguson,” Levy said. “As we think of next steps, there is clearly a role for judges and academics, as well as passionate young lawyers like our students.” 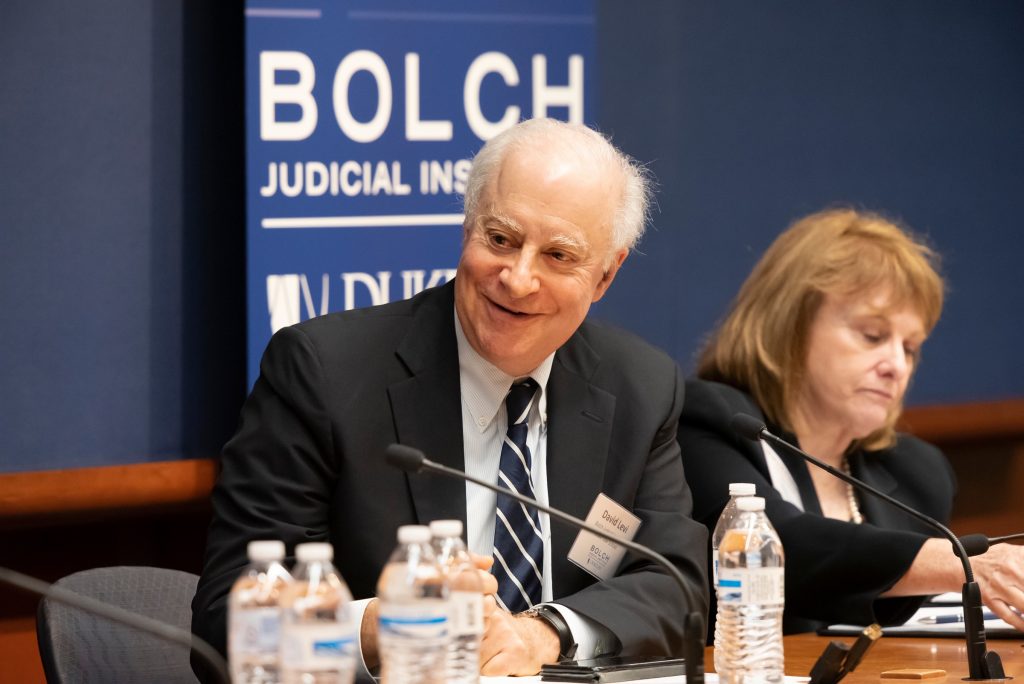 David F. Levi (Director of the Bolch Judicial Institute) and Mary McQueen (President of the National Center for State Courts) moderate a panel for students “Fees, Fines, Bail & the Destitution Pipeline: What Can State Courts Do?” at Duke Law, Sept. 5, 2019. 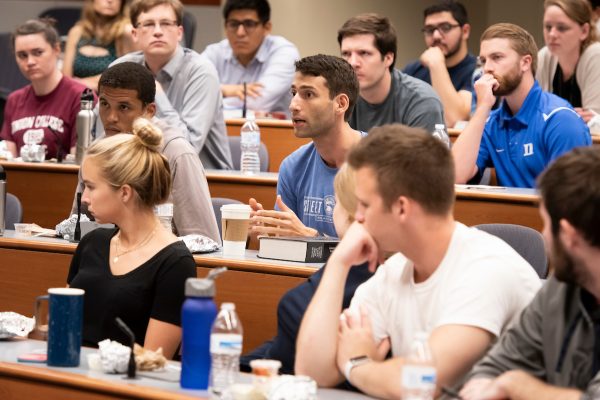 The panelists shared experiences from their work on various reforms in their states and on the National Task Force on Fees, Fines, and Bail Practices formed by the Conference of Chief Judges and the Conference of State Court Administrators.

Judge Bales laid out the crux of the problem: “Any day in the United States about 2.2 million people are incarcerated. Another 4.4 million people are under some kind of penal supervision, probation, parole, and community supervision,” he said. “Those facts relate to fines, fees, and bail because fines, fees, and bail not only can contribute to cycles of poverty, they can contribute to cycles of criminalization.”